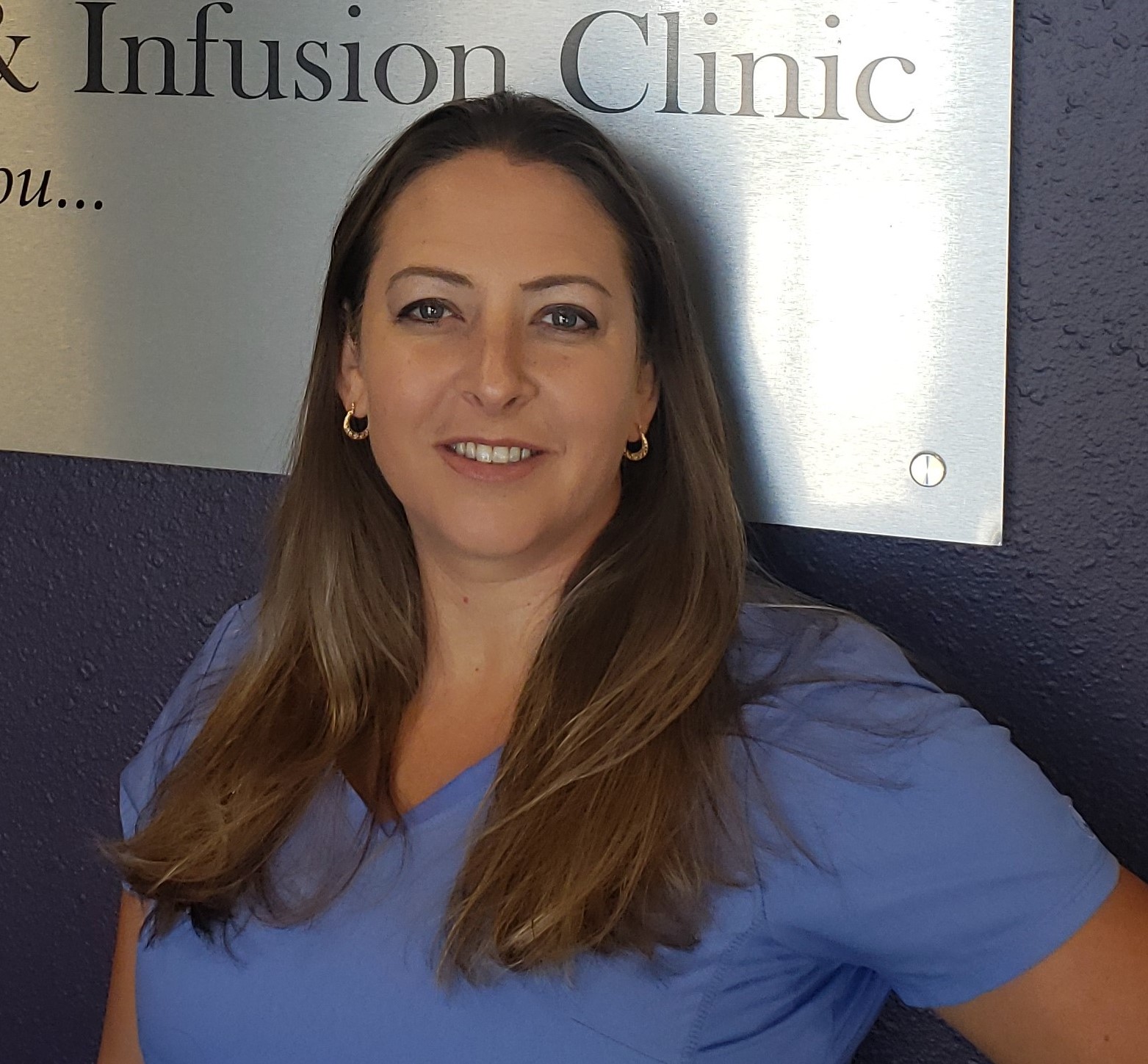 Peyronie's disease occurs when there is a growth of plaque—flat scar tissue—under the skin of the penis, most often causing the penis to bend. Depending upon where the plaque is located and how much of it develops, the penis will bend up, down or to the side. In 70 percent of Peyronie's disease cases, the plaque forms on top, making the tunica albuginea (the thick fibrous sheath that surrounds the urethra and blood vessels) harden and become inflexible, causing the penis to bend upwards when erect. The condition may also cause shortening of the penis or the appearance of "dents" in an erect penis.

While often causing pain and discomfort, and greatly impacting sexual activity, Peyronie's disease treatment options exist to restore function to your penis and eliminate your uncomfortable symptoms. To schedule a consultation with a qualified healthcare provider in Haltom City that specializes in Peyronie's disease treatment, call (817) 203-2760 or contact Dr. Jessica Stangenwald online.

Various health conditions like high blood sugar or past pelvic trauma may contribute to the development of Peyronie's disease. Lifestyle choices like tobacco use, which interferes with wound healing, may also be contributing factors. Peyronie's disease causes also may include medications like Dilantin, an anti-seizure drug; Interferon, which is often prescribed to treat multiple sclerosis; and beta blockers, used for blood pressure and heart conditions.

Some men can have Peyronie's disease without any symptoms. Oftentimes, the hard plaque can be felt through the skin, whether the penis is erect or not. When symptoms begin to occur, you may notice pain during erection and intercourse or various abnormalities of the penis, including:

If left undiagnosed and untreated, Peyronie's disease will not normally resolve on its own, though it does in rare cases. Most often, the condition will worsen over a period of 6 to 18 months post-injury, referred to as its acute phase. Once it enters the chronic phase, the plaque stops growing and pain normally abates, but there may be severe erectile dysfunction by this stage.

Ultrasound is one sure method for diagnosing Peyronie's disease, but oftentimes a simple physical exam is adequate for diagnosis. Your healthcare provider may deliver an injection that will cause your penis to stiffen for examination.

Men with only a modest amount of plaque may not have much curving of the penis. If they are experiencing no pain and can function sexually, Peyronie's treatment may not be necessary. The pain normally subsides after the acute phase and surgery is not normally attempted until the acute phase is over. Severe bending, denting and shortening in the chronic phase—especially involving severe erectile dysfunction—may require surgery, with removal of the plaques as well as grafting of tissue to fill in the areas where the plaque is removed. Pilication is one form of outpatient surgery with less recovery time, but it may result in shortening of the penis. Most healthcare providers will recommend a wait of one year before surgical options are considered.

Prior to surgical intervention, Peyronie's disease will likely be treated with less invasive therapies including:

Prevention is also key. Even if you already have experienced Peyronie's disease, avoiding additional injury or damage to the penis is essential. Your healthcare provider may prescribe Viagra, Levitra or Cialis at the first sign of erectile dysfunction or recommend additional therapies such as the Priapus shot to restore erectile function.

Penile injury can occur if you are having sex with a less rigid erection. Vaginal lubrication is also important, as is avoiding bending the penis in any sexual position, especially with the woman on top. Avoid intercourse when you are tired or have ingested alcohol or drugs, since the penis may not be fully erect and will be more prone to injury.

Above all else, make sure you schedule a consultation with a healthcare provider who can assess your sexual health and make appropriate treatment recommendations. Call (817) 203-2760 or contact Dr. Jessica Stangenwald online today.

Meet With a Men's Health Specialist in Haltom City
Request Your Appointment Today!